What is a Shopping Addiction?

A shopping addiction is not the fun it seems. This addiction affects your relationships as well as your bank account. This is compulsive spending. Can you resist a bargain? Learn to stop being addicted to spending - stop the addiction and be debt free. 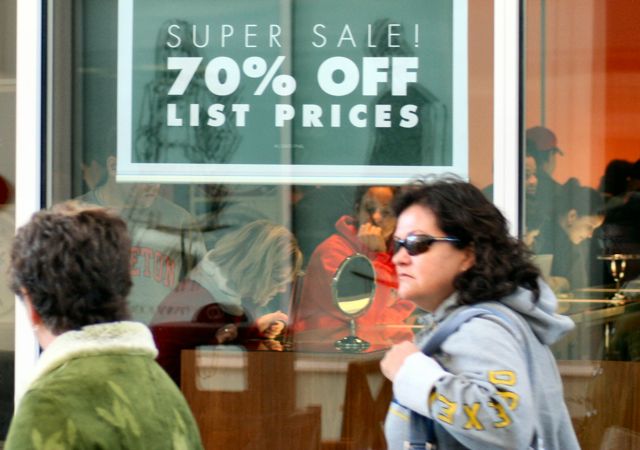 You go on shopping binges. Winter boot sale – must have. You went for 1 pair and bought more than you expected.

When you’re feeling down, you pick yourself up with ‘retail therapy’.

Like a drug addict or an alcoholic, you get a ‘rush’ with compulsive spending.

You come home with articles that you don’t even need or want.

You know your compulsive spending can be out of your control.

A shopping addiction is similar to all the other addiction – food, alcohol, gambling, compulsive sex, etc. ~and as with other addictions, this one can drive you and everyone else crazy.

When a shopper is on a binge they’ll fill up their carts with just about anything. They think that their purchases will make them happy, but they’re just compensating for something else that’s missing in their lives.

The compulsive shopper may be in a loveless relationship, lonely, depressed, angry, there are many reasons that they temporarily want to zone out of the real world, but the end result is worse.

After the ‘high’ of compulsive spending there is a low. You have to deal with the consequences, the bills, the debt and the explanations.

There’s no escape from the real world – and for those with a shopping addiction, the things that brought them such excitement when they were bought, now are meaningless.

A shopping addiction is only a temporary escape from anxiety, anger, etc. for what’s really going on in life. But there is help.

Shopping or spending money as result of feeling disappointed, angry, or scared

Having arguments with others about one's shopping or spending habits

Buying on credit that would not be bought with cash

Feeling a rush of euphoria and anxiety when spending money

Identification with 4 or more of the above behaviors indicates a possible problem with shopping or spending.

For the addict, shopping and spending is associated with a feeling of happiness and power, but after-effects of remorse and guilt drive the spender back to spend again, to achieve that brief, but intense high.

Research has shown that many compulsive shoppers and spenders also suffer from mood disorders, substance abuse, or eating disorders.  As with any addiction, the person becomes dependent on the behavior to relieve negative feelings that cause distress and discomfort.

Compulsive shopping or spending may also result in interpersonal, occupational, family, and financial problems in one's life.  Impairment in relationships may occur as a result of excessive spending and efforts to cover up debt or purchases.

The addict may experience anxiety or depression as a result of the spending or shopping, which may interfere with work or school performance.  Financial problems may occur if money is borrowed or there is excessive use of credit to make purchases.

Often the extent of the financial damage is discovered only after the shopper or spender has accumulated a large debt that necessitates a drastic change in lifestyle to resolve.

How To Get Help?

The first thing to do is to determine if you have a problem.

If you're serious about change, I'd love to hear from you.

From Shopping Addiction to Home

Your humor, understanding & insight into my problems helped me beyond my wildest dreams
~ Luella J. NYC

Now I can see how my dysfunctional family members won't change, but the way I handle them certainly has. So Grateful.
~ Steve W. Tokyo

Thank you for being there, for guiding us in the right direction and helping us understand and renew a relationship with our daughter. No words can express our gratitude.
~ J.C San Antonio

You have made a huge difference in my life. I can't thank you enough.
~J.B. Vancouver,B.C

I don't seem to find the words that would do justice to all that you have helped me deal with.
~P.L. Sydney, Au

Have a question? Here's where you ask.

Change your thinking and untangle your life!!

This site provides information only. It is not intended to replace face-to face therapy with medical or psychological professionals.
Please click and read Terms of Use and Privacy Policy.﻿
The use of this site constitutes the understanding and acceptance of Terms of Use.
©Untwist-your-thinking.com 2007-2015. All Rights Reserved.